Charlie Sheen‘s new TV show will be based on the movie “Anger Management“and Charlie will be playing the Jack Nicholson character … TMZ has learned. 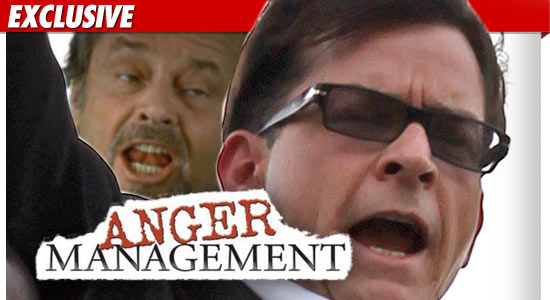 Sources directly involved in the project say the man who is making it all happen is uber-producer Joe Roth, who produced and owns the screenplay to the 2003 movie, “Anger Management.”

We’re told the deal with Lionsgate is not done, but is in the final stages of negotiations.  And we’re told, there is no deal with a network to air the show — at least not yet.

Roth has worked with Charlie on 5 projects, including “Major League,” “Young Guns” and “Three Musketeers.”