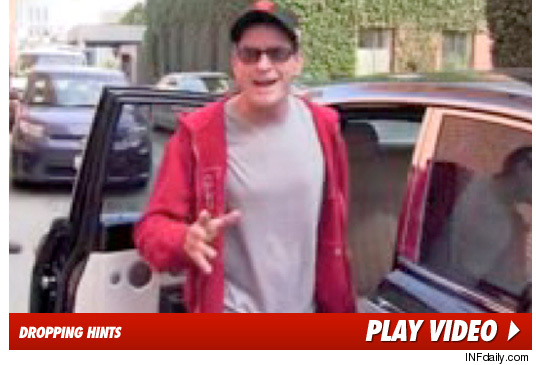 Sheen was in Beverly Hills yesterday when a photog asked for clues about the new show — and Charlie responded, “I don’t want to piss Joe Roth off … it’s a movie he produced a few years ago. I don’t know if i was supposed to say anything.”

Roth has produced a TON of HUGE flicks … including, “Major League” … “Alice In Wonderland” … and “Young Guns.”

Sheen added, “Look through his films and you’ll see which one makes the most sense … and it’s not “Coup de Ville.”

The photog asked for another clue — the initials of the movie — and Charlie responded “A.M.”

We couldn’t find a flick Roth produced with those initials … but he did produce the “Jerky Boys” movie from back in the day. Prank call show anyone?