Sources connected with various broadcast and cable networks tell TMZ … Maria Shriver has been deluged with offers to go back on the air, but she’s turning them all down flat … at least for now. 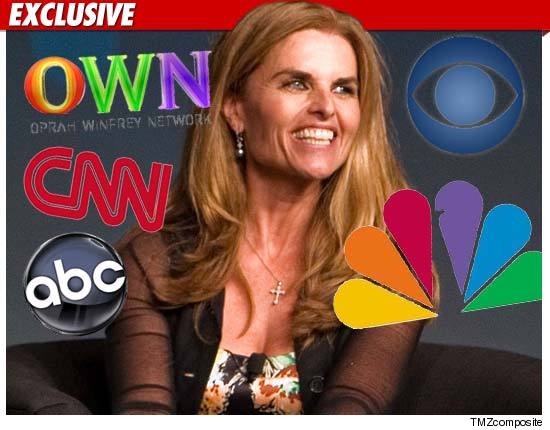 Maria has been getting offers to host talk shows, anchor news magazine shows and join news organizations, but she made it clear she does not want a time-consuming job that will take her away from her responsibilities as a mom.

We’re told all of the usual suspects on broadcast and cable are trying to snag an interview with Maria, but she has no interest.  We’re told Maria has “a special place in her heart for Oprah” and if she ends up doing anything it will probably be with her.

Bottom line …. Maria doesn’t want a full-time job now — and with a settlement that could approach $200 million, she doesn’t need it.