Professional sausage swallower Takeru Kobayashi believes his 69-hot dog performance should count as a WORLD RECORD … even though he wasn’t entered in an official tournament at the time. 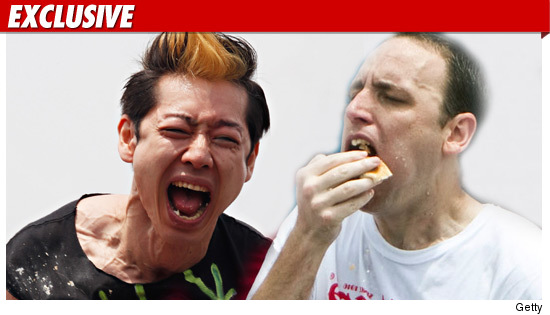 Kobayashi put on the eating exhibition on July 4 … just miles from the OFFICIAL Nathan’s Hot Dog Eating Championship on Coney Island … which was won by TK’s rival Joey Chestnut, who ate 62 dogs in just 10 minutes.

Kobayashi, through a translator, tells TMZ … “Congratulations to Joey. I agree, he is the champion of that contest.”

But TK — who was banned from the competition because he wouldn’t sign an exclusive contract with the event organizers — adds, “I wasn’t fighting against [Joey]. I was fighting against an organization and a hot dog company.” 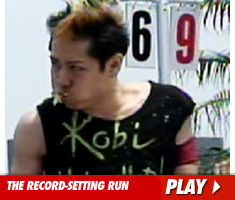 “I’m also happy about becoming a world record holder for hot dogs [that day] … with my fans and supporters cheering me on. “