Hugh Hefner is DEFINITELY NOT doing the ol’ geriatric shuffle with his new “best girl” Anna Sophia Bergland … so says the Playmate’s mother. 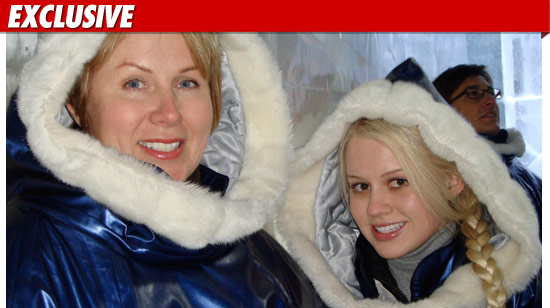 TMZ spoke with Lena Griffin (pictured above left) — mother of Miss January 2011(pictured above right) — who tells us her daughter has NEVER been Hef’s girlfriend — adding, “the rumors that they are dating were just for publicity.”

Lena explains — “They met at a party a few years back, but they are JUST FRIENDS. That’s what [Hef] means when he says Anna is his ‘best girl'”

She adds, “It makes me feel so much better to know there is not any hanky-panky going on.”

25-year-old Anna has been linked to the Playboy kingpin ever since his ex-fiancee Crystal Harris ditched him just 5 days before their wedding.