Takeru Kobayashi DESTROYED 69 hot dogs in 10 minutes yesterday … smashing his own world record in an UNOFFICIAL speed eating display … and igniting a HUGE controversy in the process! 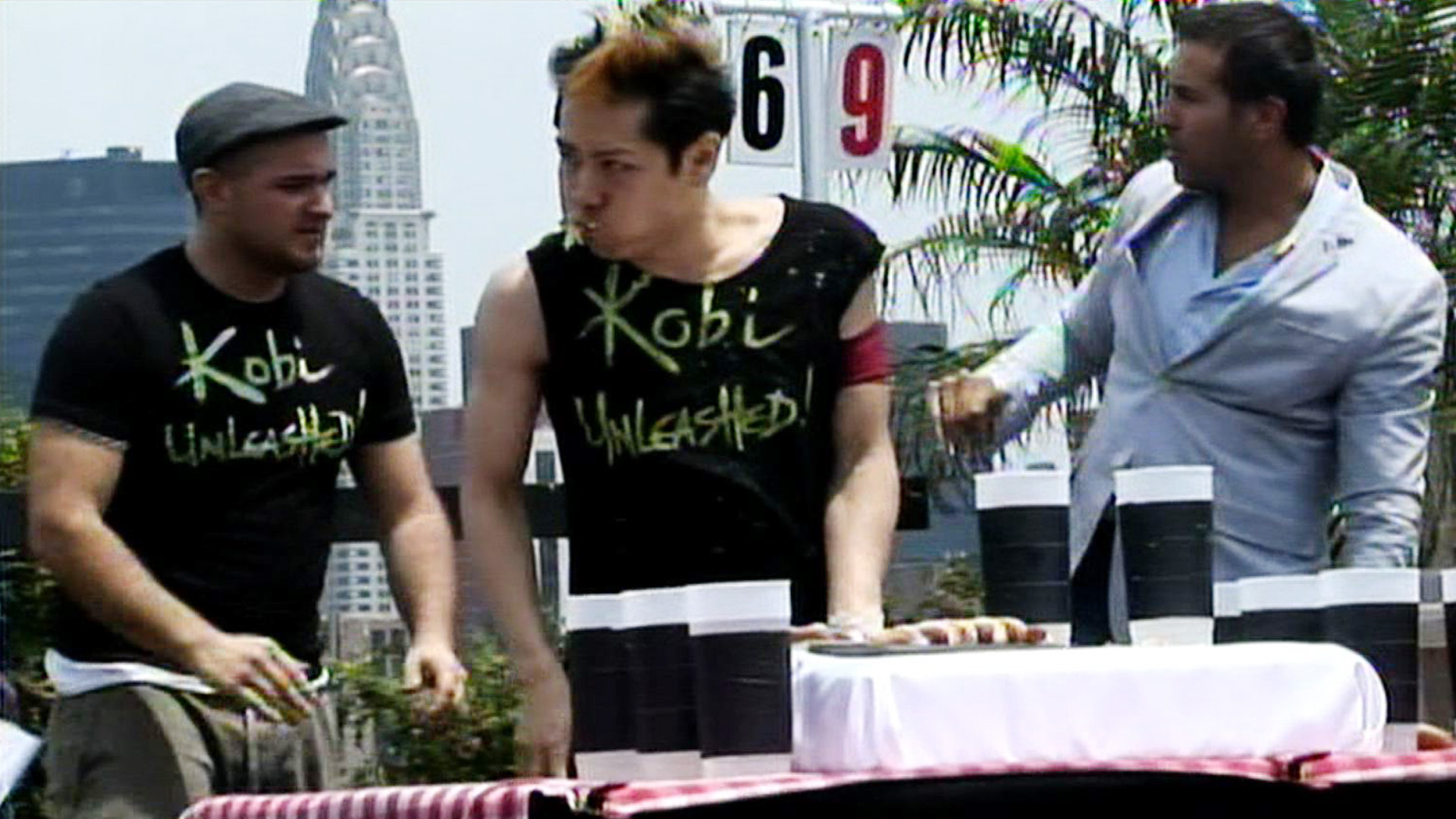 TMZ obtained footage of Kobayashi’s UNBELIEVABLE feat … which he accomplished on a Manhattan rooftop … miles from the OFFICIAL Nathan’s Hot Dog Eating Championship at Coney Island. TK wasn’t allowed to compete at the Coney Island eat-off because he wouldn’t sign a contract with Major League Eating.

So, in protest … Kobayashi did his own thing. Of course, Joey Chestnut won the Nathan’s title with 62 dogs … but Kobayashi put down 69!!!!!!

Chestnut later remarked, “It wasn’t a competition … It was no different than what I do at practice on my own and I’m able to break a record at my house.”