Recently single Paris Hilton has found herself a new man in comedy director Todd Phillips — and TMZ has the photo of them locking lips. 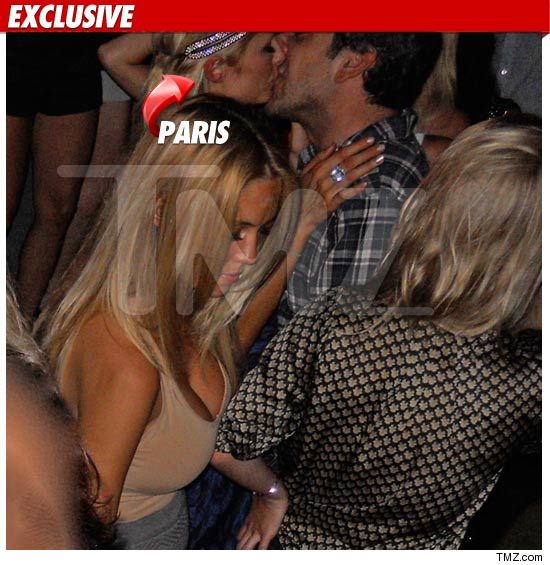 The photo was snapped Thursday night inside Beacher’s Madhouse at the Roosevelt Hotel in Hollywood.

But this is no one-night thing — we’re told Todd was at Paris’ pre-July 4th party on Friday where the two “only had eyes for each other.”

Go figure, usually the second time around for Todd isn’t as good as the first.