Aaron Carter‘s rep claims the singer NEVER told an entertainment reporter Michael Jackson gave him cocaine and alcohol when he was 15 years old … and says the reporter COMPLETELY FABRICATED the story. 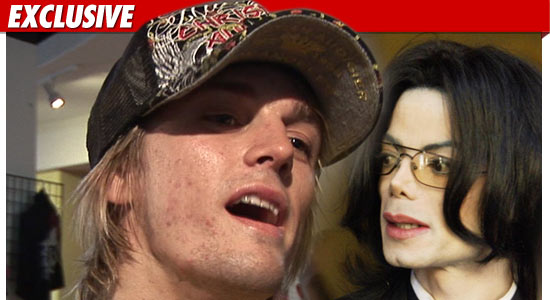 The controversy stems from an article that ran in OK! Magazine in Australia, written by international journalist Daphne Barak. In the article, Carter was quoted as saying, “Yes, [MJ] gave me wine. I mean, I could have refused, but I was 15. As for drugs? He gave me cocaine.”

But Carter’s rep tells TMZ, “Nothing was said that was reported” … and directed us toward a YouTube video of the interview with Barak … which seems to back up Aaron’s side of the story.

We’ve reached out to Barak for comment — so far, no response.