The Game‘s new music video shoot with Chris Brown got gangsta — for real — when a producer was held up at gunpoint … losing more than $12,000 in cash and jewelry … TMZ has learned. 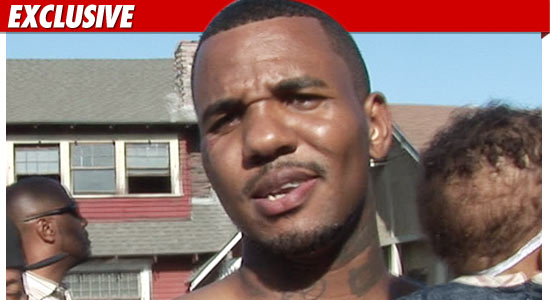 Law enforcement sources tell us the armed robbery went down Tuesday in South Los Angeles — and the producer was sitting in his car with another person when 2 black male suspects walked up, pulled out a gun and demanded the goods. They made off in a gray Nissan Altima.

Sources on the music video shoot say the producer — named Mars — had walked about a block from the set when it happened. We’re told the suspects took his jewelry and his wallet … which was stuffed with a couple thousand bucks.

Chris Brown and The Game were on set at the time of the robbery, but were not near Mars.

A rep for Game said nobody on set saw the incident go down — and that everyone on set usually has security when they walk around.