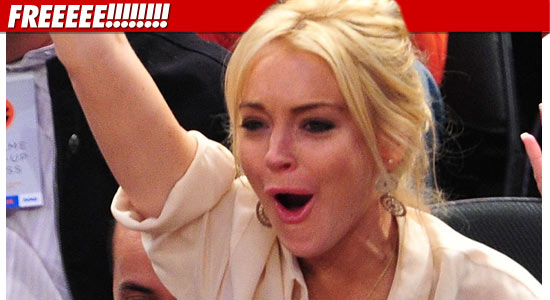 According to the L.A. County Sheriff’s Department, Lohan was officially released at 10:20 AM … ending 35 arduous days of sun-tanning captivity.

We’re told Lindsay is still inside her Venice, CA condo … preparing to roll over to the Downtown Women’s Center to perform her community service.