He hasn’t taken a DNA test to prove he’s the father — but Ryan Phillippe is already playing daddy with his soon-to-pop ex-girlfriend … months after she claimed he left her high and dry with the baby. 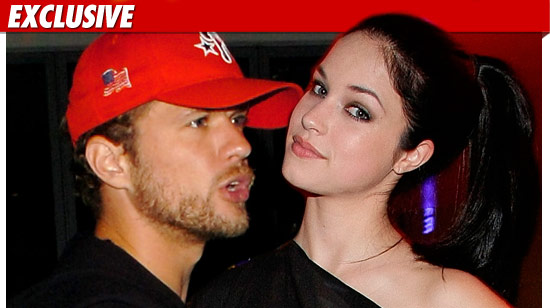 According to sources, Ryan and ex-GF Alexis Knapp — who’s due any day now — stopped for some coffee before hitting up the gynecologist’s office in L.A. yesterday … together.

Knapp insists Ryan is the father — but the actor refuses to submit to a DNA test until the baby is born … to prevent any pre-natal complications.

It’s the first time the ex-couple has been seen out since Knapp hired a lawyer in March, claiming Ryan saddled her with all the baby’s medical expenses — an allegation Ryan has denied.

At least we know what he did this summer.