Hulk Hogan is firing back at his ex-wife Linda — claiming she’s just plain “delusional” for accusing him of violence during their marriage … insisting he “never laid a hand on her.” 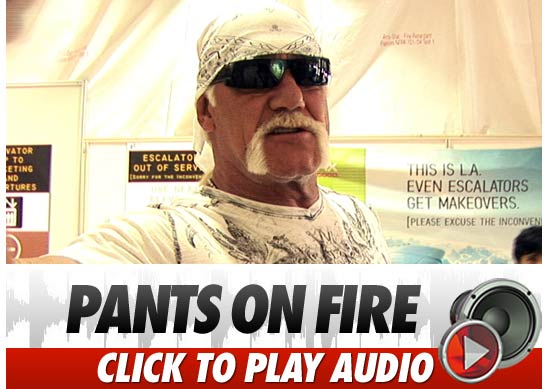 Hulk phoned into the “Bubba the Love Sponge Show” this morning to set the record straight with Bubba himself — telling the DJ that Linda’s claims of abuse, which she made this morning on the “Today” show, are “a cold, blatant lie.”

He continued, saying there’s “no reason” to defend himself against Linda — calling her a “non-issue” who’s “still riding on the Hulk Hogan name.”

Hulk tells Bubba — Linda is just another hater trying to exploit him, adding, “Just take her and put her in the same category with the Iron Sheik and the Ultimate Warrior. They all belong together.”