Brandon Davis pled guilty yesterday to felony possession of cocaine — two months after police arrested ol’ Greasy Bear outside a Hollywood nightclub … and found the drug in his pocket. 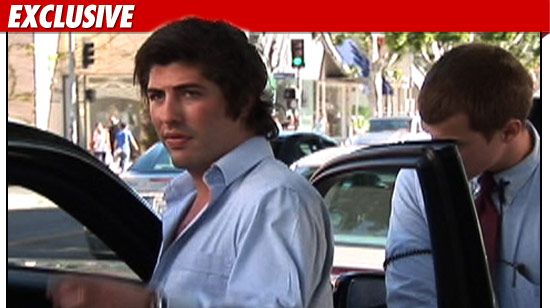 As we previously reported, Brandon was busted outside Beacher’s Madhouse back in April — after he allegedly punched comedian Ben Gleib in the face.

When cops arrived, they searched Davis and found cocaine. Brandon was arrested for battery and possession of a controlled substance.

Brandon pled no contest to the battery charge — a misdemeanor, and the judge sentenced him to a drug diversion program.

Good news — if Brandon successfully completes the program, both charges will be dropped entirely.