LOS ANGELES – Barry Manilow, the piano man who didn’t write his big hits despite proclaiming otherwise in "I Write the Songs," is back in stores with his first album of original material in a decade.

Tracy Morgan seems hell-bent on offending every minority group he can … add the mentally and physically disabled to the ever-growing list. 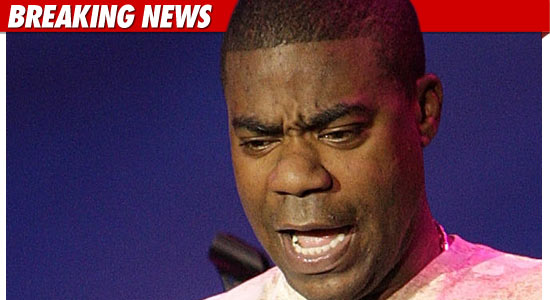 Tracy warned his audience at a performance in New York City this weekend, “Don’t ever mess with women who have retarded kids.”  The audience groaned, but Tracy didn’t stop:  “Them young retarded males is strong.  They’re strong like chimps.”

But more was yet to come.  Tracy reminisced about a girl he once dated, describing her as “a cripple” with a prosthetic arm, a mechanical larynx and a portable dialysis machine.

You’ll recall, earlier this month, Tracy drew fire for another performance, in which he said he would stab his son to death if he spoke in a “gay voice.”

Tracy apologized for the comments about gays, but now we gotta ask …

Three years after surviving a fiery plane crash in South Carolina, Blink-182 drummer Travis Barker says he’s almost done repairing some of his tattoos that were burned off during the wreck.

Barker was outside Zulu Tattoo in L.A. yesterday … when he told us, “Where I got burned … I started finishing some of the tattoos that got burned off.”

As TMZ reported, Barker and DJ AM were the only two survivors of the 2008 plane crash — when a  private jet they were on blew a tire while taking off, lost control and crashed into an embankment. The plane burst into flames … and four people were killed.

Months after the crash, Barker played a show in Vegas without a shirt — revealing serious burn scars to his entire back.

Barker also posted a photo from his hospital bed — showing some serious damage to his hand.

AP – Christie’s auction house says it will be taking Elizabeth Taylor’s collection of jewelry, art, designer clothing and other memorabilia on an international three-month tour before selling it in New York in December.

An independent filmmaker has roused the ire of thespians, actors and netizens with his comments in a television interview that the social networking community found quite incendiary.

Beginning Monday (July 4), GMA Network brings to Primetime TV another original family drama series about a one man’s quest to lead a group of kids from being a ragtag bunch to becoming a league of football champions called Futbolilits.