Chuck Liddell got smacked around by his baby mama in court today — when an L.A. judge ordered the fighter to pay $6,000 per month in child support after Chuck no-showed to the hearing. 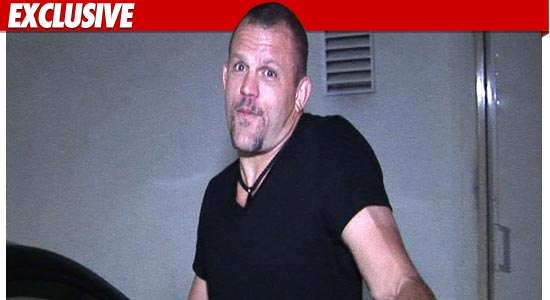 Liddell has been going toe-to-toe with his ex Lori Geyer for months — in an effort to gain custody of their 12-year-old son.

But today in L.A. County Superior Court, the judge came down hard on Liddell — because in addition to the child support, Liddell was also FINED $2,500 for failing to produce financial documentation requested by the court.

But Lori’s attorney, Brian Kramer, tells us he has proof that Chuck received notice — adding, “[Liddell’s lawyer] had no valid excuse to boycott these proceedings.”