The man who had a verbal altercation with San Francisco Giants fan Bryan Stow at Dodger Stadium shortly before Stow was brutally attacked claims Stow was inciting Dodger fans by screaming, “I rather eat my own feces than eat a Dodger dog.” 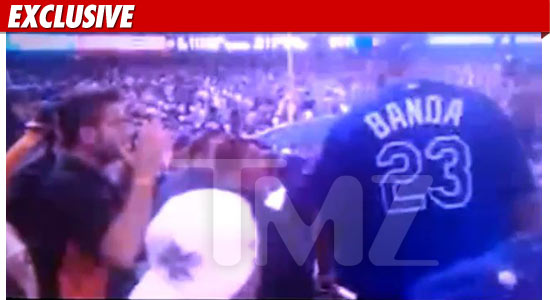 TMZ has obtained a text message sent yesterday by Juan Banda, the man who had the pre-attack run-in with Stow in the stands. TMZ posted video of the altercation Monday morning.

A friend of Banda’s texted him that he saw Banda on TMZ.  Banda texted back “They are not saying they are looking for me….right?  Reason I was arguing w him was because he [Stow] crossed the line … he yelled out, ‘I rather eat my own ficies (sic) than eat a dodger dog.‘”

Banda continued, “I asked Merced [a friend Banda was with at the game] to watch my back and told him [Stow] it was one thing to root for your team but you are crosing (sic) the line … he didn’t say much … neither him or his buddies who were with him … they were just trying to excuse his words.”

Banda continued texting:  “Nothing happen and I went back to my seat. … What I can’t understand is where were his buddies when that [the attack] happened … he was not alone during the game … he was with 3 or 4 friends … he did have a mouth though!”

And Banda texted, “Maybe he said the wrong thing to the wrong guys!” 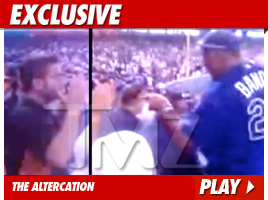 What’s interesting about the texts is it paints a picture of Stow trying to incite Dodger fans.

We tried contacting Stow’s lawyer, but so far our calls have not been returned.