A stuntman for the new “Avengers” movie nearly lost his entire head last Friday during a 30-foot fall gone horribly wrong — but thankfully, the guy just lost a bloody chunk of hair instead. 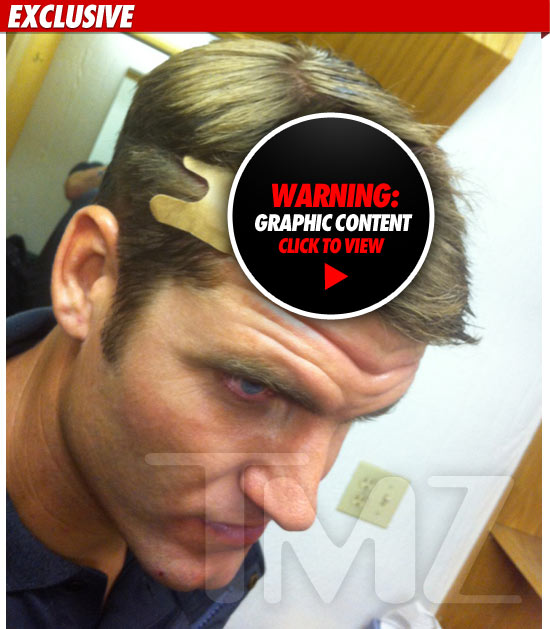 Stuntman Jeremy Fitzgerald tells TMZ, his job was simple — get hit with an arrow and fall 30 feet off a building … but he caught his foot on the way down, and slammed his head into the brick … leaving behind a freshly peeled slab of scalp.

But it could have been a LOT worse — according to Jeremy, he narrowly missed a razor sharp rain gutter during the accident.

And if all that wasn’t badass enough — Jeremy tells us, he went right back to work after the fall … no hospital, no stitches … just a bandage.