Filed under: Al Roker, You Might Want to Rethink 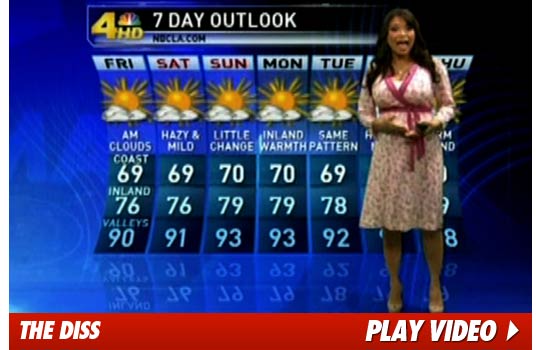 Local NBC weathergirl Elita Loresca issued an apology live on the air this morning … after she was caught talking “smack” about Al Roker when she thought her microphone was off.

Loresca said Roker was “such a kook.”

She later was clearly forced to deliver a painfully awkward apology.

But here’s the deal — there’s nothing wrong with what she said … AND … Al is kind of a kook, right?