Sources connected with “Jersey Shore” confirm with TMZ … MTV will say goodbye for good to the current cast when they wrap Season 5. 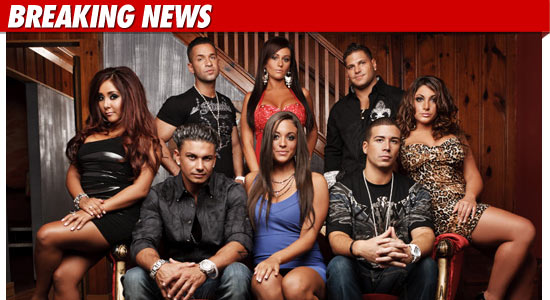 Although some big wigs on the show denied it last week, we’re told MTV wants a fresh cast of characters after they wrap Season 5 — which begins shooting in New Jersey Monday.

Here’s the thing.  MTV gets the best of both worlds.  They can keep the “Jersey Shore” machine going by growing a new crop of much cheaper stars.  And, as for the break-outs in the original cast — including The Situation, Snooki, JWOWW and Pauly D … the network has already signed them to spinoffs.