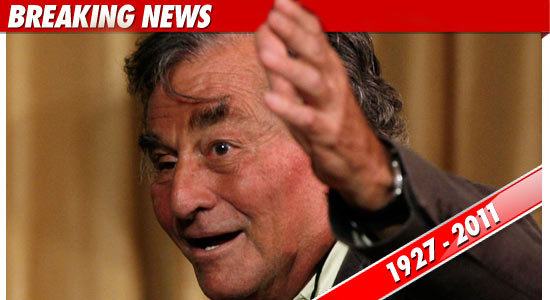 Falk — who suffered from Alzheimer’s disease — was 83.

A rep for the family tells TMZ, “Peter Falk, 83-year-old Academy Award nominee and star of television series, ‘Columbo’, died peacefully at his Beverly Hills home in the evening of June 23, 2011.”

The rep continued, “Peter Falk is survived by his wife, Shera, of 34 years and two daughters from a previous marriage.”

In addition to “Columbo,” Falk starred in “Princess Bride,” “Brigadoon” and “The Great Race.”

Peter’s wife, Shera and daughter Catherine were locked in a legal battle in 2009 over the creation of a conservatorship for Peter and who would control it.  In the end, the judge appointed Shera conservator.