The customized Michael Jackson motorcycle personally inspected by MJ’s kids will be driven through  Forrest Lawn cemetery on June 25th to honor the King of Pop on the anniversary of his death. 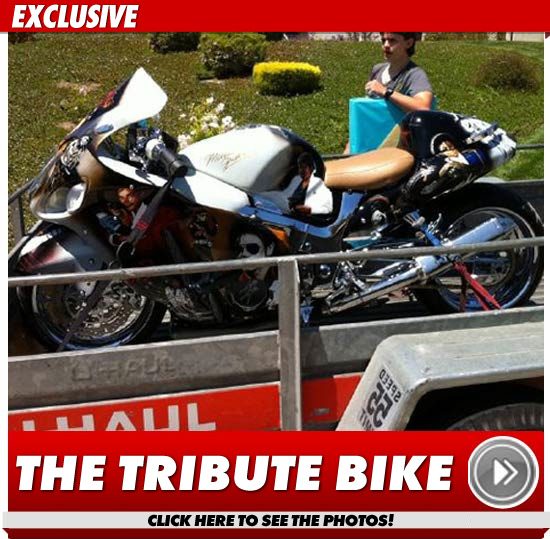 Over the weekend, Paris Jackson tweeted photos of the family checking out the bike at their Calabasas home. Turns out, the guy who designed it — Marcell “Porkchop” Miller — is a friend of the family who happened to be in the neighborhood that day … and figured he’d bring it by the house.

TMZ spoke with Porkchop … who told us the bike was a hit with the fam … and he feels like a ride through Forrest Lawn would be the best way for him to pay his respects on the anniversary of MJ’s death tomorrow.

In related news, can you believe it’s already been two years???