Five years before Ryan Dunn was killed in a violent car crash, Bam Margera predicted the “Jackass” star’s death in eerily specific detail — claiming, “He’s gonna eat it one of these times [in a car accident].” 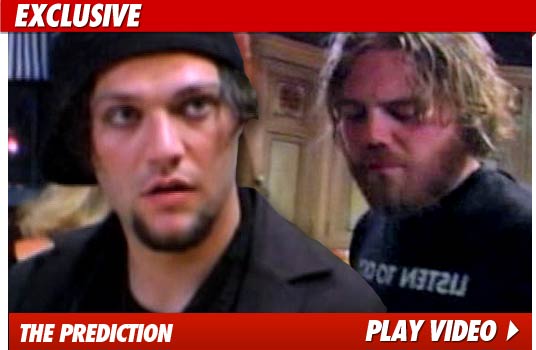 Bam — along with several cast members from his MTV show “Viva La Bam” — made the grim prediction while recording the DVD commentary for Season 5 back in 2006.

According to the commentary, Dunn was involved in SEVERAL car accidents over the years — but Bam’s mom claimed, “He’ll never learn his lesson.”

Another “Bam” cast member added, “I have [Ryan] in the death pool … for death by vehicle.”

In this specific episode, Ryan races Bam’s Lamborghini in a limousine — and after Ryan loses, Bam claims, “[the limo] blew up just like every other f**king car he has.”