Reggie Bush has only been dating his new Kim Kardashian-alike girlfriend for a few months … but TMZ has learned he’s already traveled half-way around the world to prove his commitment. 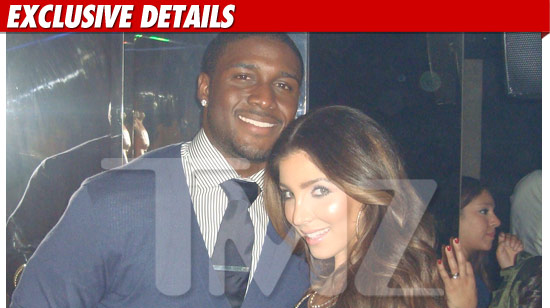 Bush’s new chick is actress and singer Melissa Molinaro — who was famously compared to Kim K for the way she looked in an Old Navy commercial earlier this year.

Sources close to the couple tell TMZ … the two met roughly two years ago through mutual friends … but stayed platonic because they were both seeing other people at the time.

We’re told the pair reconnected last summer — after Reggie and the “real” Kim parted ways — and and became “official” by Christmas.

Things have been heating up fast — the two have been spotted at the movies, at church … and Reggie even hopped a flight to London earlier this month to watch Melissa perform at a London nightclub.