Lindsay Lohan tested positive for alcohol earlier this month … and has been ordered to appear in front of an L.A. County Superior Court judge tomorrow morning  … and the Probation Dept. wants her in jail. 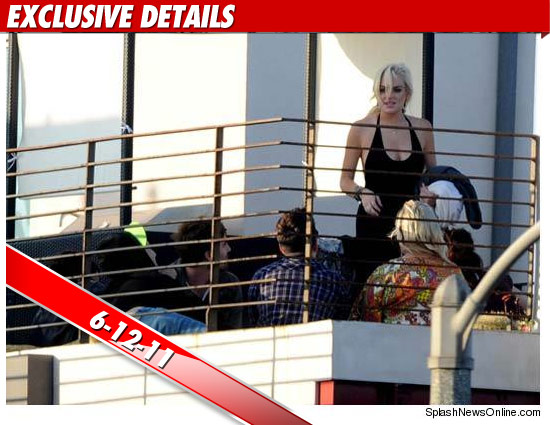 Here’s what we know.  Lindsay was tested twice last week.  Sources tell TMZ … Lindsay tested positive for alcohol on one of the tests and negative on the other.  In both tests, she tested negative for drugs.  One of the tests was administered just after Lindsay had a rooftop barbecue party.

Sources tell TMZ … the L.A. County Probation Department will ask Judge Stephanie Sautner to yank her out of house arrest and throw her in L.A. County Jail.

And, we’re told, members of the D.A.’s office — want to make an appearance as well, to lower the boom on Lindsay.  And this is interesting, because the D.A. is out of the case.  The L.A. City Attorney has taken it over.

The Probation Department is pissed off because they tried to force Lindsay to take two tests in May but Lindsay’s lawyer, Shawn Holley, refused to make Lindsay submit, claiming it wasn’t part of her probation.  Turns out it was, so Lindsay subsequently took the two tests, one of which she failed.

The Probation Dept. is also ticked that Lindsay is having parties while under house arrest.

Judge Sautner will hold a hearing tomorrow at 10 AM.  Of course, we’ll be there.