Frank and Jamie McCourt just settled part of their divorce property dispute, but the headline … if the judge decides in August that Jamie has a piece of the team, the Dodgers will be sold. 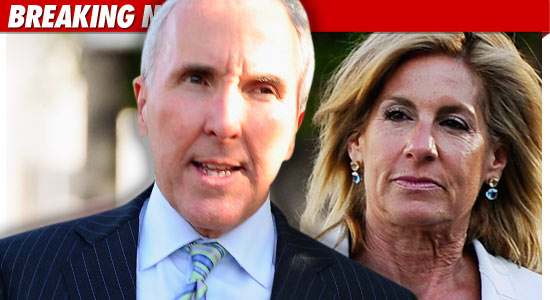 Lawyers for Jamie and Frank said … if Judge Scott Gordon rules on August 4 that the Dodgers are community property — giving Jamie a 50% interest — the team will be put up for sale.

Once sold, each will get 50% of the net proceeds.

If Judge Gordon rules the team is Frank’s separate property, he keeps the team but he has to pay Jamie $100 million.

And, if Frank keeps the team, Jamie gets all the mansions except one — Frank gets to keep the Montana Yellowstone property.

But there’s a hitch.  The whole settlement is predicated on the Fox deal going through — which would give the Dodgers a $385 million advance on the $3 billion broadcast deal to cover the teams bills, including payroll.