Their chart-topper hasn’t even been released yet — but TMZ has learned Playmate Karissa Shannon and “Smallville” star Sam Jones have just called it quits. 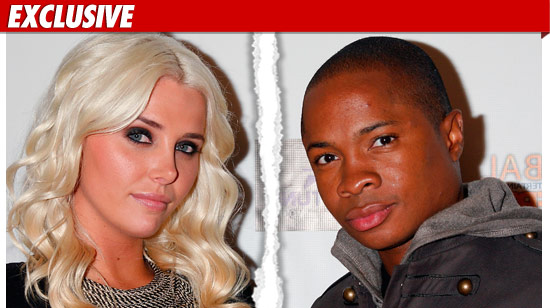 According to sources connected with the ex-couple, Karissa pulled a cruel bait-and-switch before she dumped the actor.

First, she told Jones she needed to move back into the Playboy mansion for professional reasons … but after he helped her pack up her stuff … she dropped the hammer, confessing she was actually moving in with her twin sister … and their relationship was over.

Sigh. And we were JUST starting to get that damn song out of our heads.