Crystal Harris has been hunkered down with Jordan McGraw ever since she jilted Hugh Hefner — but the relationship is all about making music … TMZ has learned. 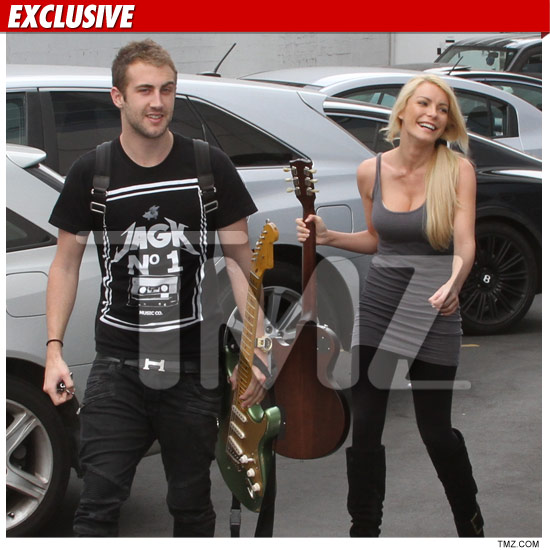 Sources close to Crystal and Jordan tell us Dr. Phil’s son gave her a shoulder to cry on when she fled the Playboy Mansion — but most of their time has been spent in a Hollywood recording studio … where they are working on Crystal’s new album.

Jordan is a singer/songwriter who used to be on the same label as Crystal.

As for dating rumors …  we’re told they’ve been friends for about a year, and even though Crystal’s single now — both of them are ONLY interested in banging out music … for now.