Filed under: Bam Margera, Ride Me

Bam Margera‘s quarter-million-dollar Lamborghini just took a $45,000 beating — and according to Bam, it’s all because his friend dumped the wrong fuel in the gas tank. 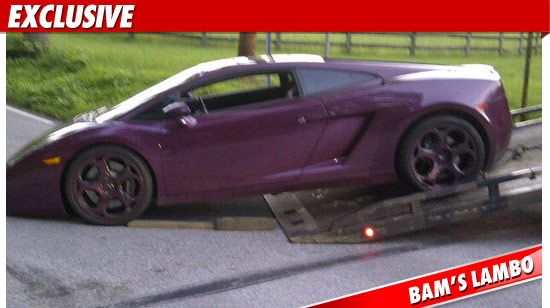 Bam fired off in a Twitter tirade against his pal Cleveland earlier today — claiming Cleve filled up the Lambo with diesel and it completely DESTROYED the car. 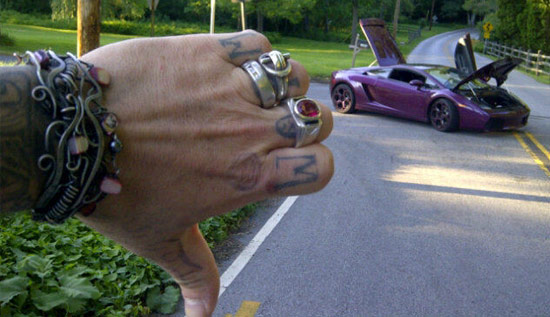 According to Bam, he’s turned to alcohol to help drown his sorrows — chugging Goldschlager before his flight to Phoenix today.

But it’s unclear if he actually made it to the airplane — because last he tweeted, Bam claimed people at the Philadelphia airport he’s flying out of “thinks I’m drunk. This is bullsh*t.”