Sly Stone — leader of the legendary band Sly and the Family Stone — has pled NOT GUILTY to cocaine possession stemming from an arrest back in April. 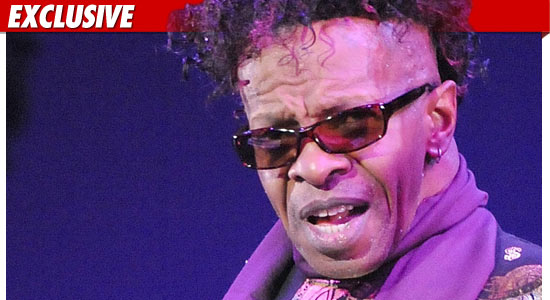 Stone appeared in an L.A. County Superior Courtroom this morning … after skipping a scheduled appearance last week due to complications from an existing medical condition.

As TMZ first reported, the 68-year-old musician was arrested on April 1 after cops say Stone was carrying freebase cocaine.

If convicted, Stone could face some serious time behind bars.

Sly left court less than an hour ago — and his lawyers James Silverstein and Peter Knecht were amped … telling us, the prosecution doesn’t have a leg to stand on.