Arnold Schwarzenegger‘s mistress, Mildred Baena, has finally broken her silence about the scandal — claiming she and Maria Shriver cried together after Arnold’s wife learned about her love child. 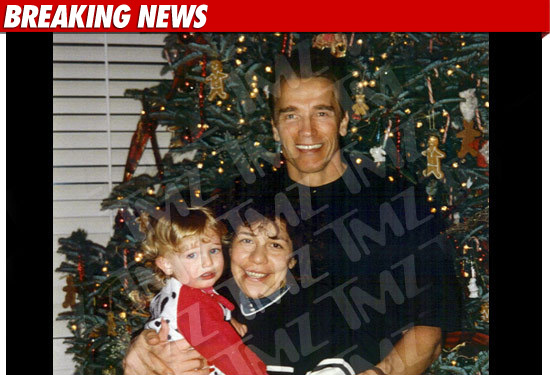 In an interview with Hello! Magazine, Baena finally reveals the name of the 13-year-old love-child — Joseph — and says when he found out Arnold was his father, his reaction was, “Cool!”

During the interview, Mildred says Maria sensed “something was up” after hearing “whispers” in the household about Joseph’s resemblance to Arnold.

Mildred explained, “[Maria] would say things like, ‘I’m here if you need to talk.’ I sensed something was up. I have so much love and respect for Maria.”

Mildred says Maria finally asked her “point blank” — and Mildred was so emotional, she fell down on her knees in front of her.

“She was so strong. She cried with me and told me to get off my knees. We held each other and I told her it wasn’t Arnie’s fault, that it takes two.”

Mildred says Joseph is now looking forward to building a relationship with his biological father.