Ben Roethlisberger and his Pittsburgh Steeler pals are barely keeping their heads above water during the lockout — in fact … they SOAKED their unemployed asses at a waterpark in Texas this weekend. 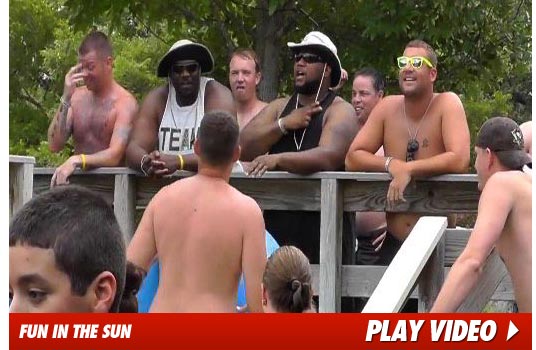 Big Ben and the boys took a much needed break from doing nothing on Saturday — and stopped by the Schlitterbahn Waterpark in New Braunfels.

A rep for the park tells TMZ, the guys hit some of the biggest rides — including the Boogie Bahn Surf Ride, the Dragon’s Revenge uphill water coaster, the Down Hill Racer and the Hill Side Tube Chute.

We’re told they even made a sizeable donation to the park’s Employees Scholarship — but if the lockout goes on any longer, they may have to ask for it back.