The largest gay rights groups in the country are condemning Tracy Morgan‘s homophobic stand-up act in Nashville … insisting, “anti-gay violence is not something to joke about.” 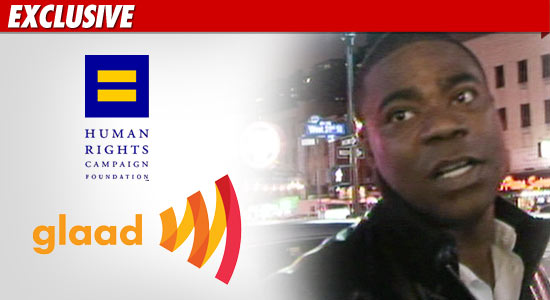 TMZ spoke with Jarrett Barrios — the President of the Gay and Lesbian Alliance Against Defamation — who tells us the organization is investigating the situation, and if the reports are true, “We call on him to remove these violently anti-gay remarks from his show
and send a strong message that anti-gay violence is not something to
joke about.”

The Human Rights Campaign is equally upset — telling us, “Hateful remarks that mock youth suicides and the very real emotional
and sometimes physical bullying LGBT kids face on a daily basis have no
place in a comedy routine.”

The group adds, “If these allegations are true, Tracy
Morgan must immediately accept responsibility and apologize.”

Tracy Morgan‘s homophobic act in Nashville was met with a smattering of boos — and several people also walked out of the show — this according to a person who was at the show. 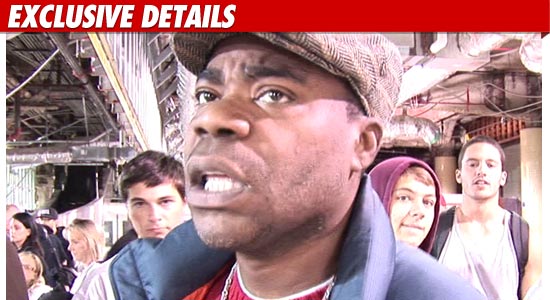 TMZ spoke with someone in attendance at the Ryman Auditorium … who tells us Morgan’s entire act was filled with offensive gay jokes … explaining, “It was the worst thing I’ve ever heard … so not funny.”

As we previously reported, Morgan’s June 3rd performance ignited a firestorm of controversy — after he “joked” that he would “stab” his son for acting gay.

“30 Rock” star Tracy Morgan is under some very serious fire this morning — after reportedly spewing some disgusting homophobic “jokes” during a performance in Nashville last week. 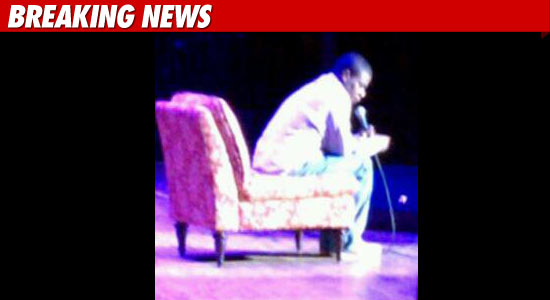 According to reports, Morgan took the stage at the Ryman Auditorium (pictured above) and went off about gays — saying, “Gays need to quit being p**sies and not be whining about something as insignificant as bullying.”

He added, “Gay is something that kids learn from the media and programming.”

When talking about the possibility of his son being gay — Tracy said he “better talk to me like a man and not in a gay voice or I’ll pull out a knife and stab that little n**ger to death.”

The statement continues, “The Ryman does not control the content presented by people appearing on its stage, nor does it endorse any of the views of, or statements made by, such persons.”

It’s not the first time Morgan has ignited controversy over homphobic material — back in 2009, a bunch of people reportedly walked out of his show at Carnegie Hall after he said being gay was a “choice.”

They have been gathering dust in a basement for more than 40 years, but now U.S. photographer Mike Mitchell has decided to auction a group of pictures which capture the moment the Beatles became a worldwide phenomenon.

AP – At auditions filmed Thursday before a live audience for “The X Factor,” Simon Cowell seemed to want people to move on from the shakeup on the show’s judges panel replacing British pop singer Cheryl Cole with American counterpart Nicole Scherzinger.

In the May 12 email exchange — obtained by TMZ — Weiner warned Lee a “conservative blogger/troll” is trying to contact his female Twitter followers to do a story about them.

Lee responded by saying, “If you’re sleeping with your Twitter followers, that would make for a way cooler headline than if you were trollin’ for folks in the bathroom at an airport or something of that nature.”

Weiner apparently thought the clear and direct shot at Craig’s 2007 airport bathroom sex scandal was hysterical — he responded with, “yeah, the joke’s on me. some of my twitter followers hang out in airport bathrooms apparently. thats where trolls troll.”

Weiner may not find the reference so funny anymore — but he can’t deny the irony.

The emails also reveal that although Weiner knew someone — the “conservative blogger/troll” — was tracking his social networking … he still sent the undies pic that brought the glass house crashing in on him.

One of Texas’ most outspoken anti-pitbull advocates is lashing out at Jesse James‘ dog — after it nearly killed another pooch last weekend — telling TMZ, Jesse’s pit “should be put down without exception.” 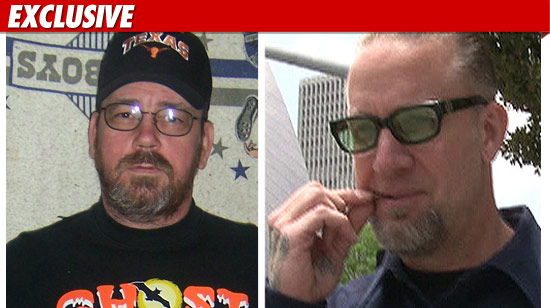 As we previously reported, one of Jesse’s pitbulls escaped his bike shop in Texas and attacked another dog (below) … which then had to be rushed to a nearby vet for emergency care. 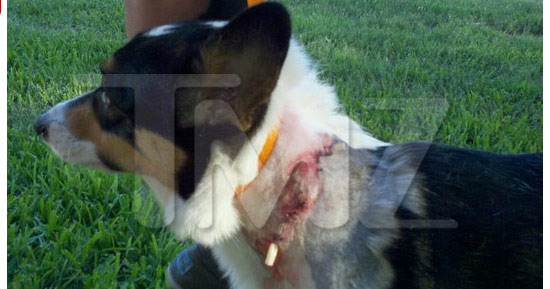 Douglas Wolfe — one of the leading advocates for banning pitbulls across the state of Texas — tells us, “This attack shows that even seemingly responsible owners with the means to manage and care for their animals cannot control this unpredictable and inherently dangerous type of dog.”

Wolfe adds, “Any animal that attacks and kills or injures another animal or a person should be put down without exception and tested for rabies regardless of who or what the owner is.”

“No animal’s life is worth the life of any person.”

Pitbull ownership is a VERY heated issue in Texas right now, where Douglas and other activists have proposed a bill to ban pits throughout the state.