Kim Kardashian is incensed that “In Touch” just ran a cover story which claims she has been cheating on her fiance, Kris Humphries, with NFL player Bret Lockett … and she’s threatening to sue the mag and Lockett. 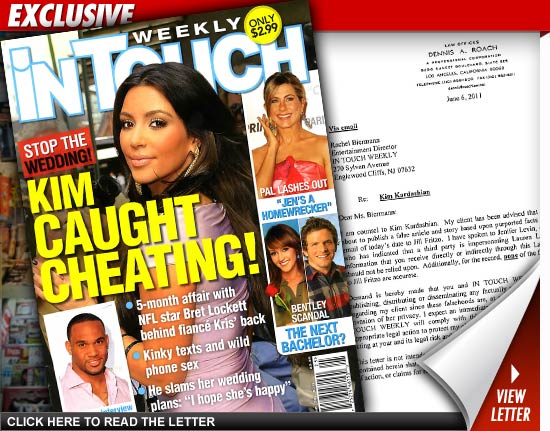 TMZ has obtained a demand letter, written by Kim’s lawyer, threatening “In Touch” that if it ran the cheating story Kim would take legal action.  The letter put “In Touch” on notice … the cheating allegations “are, at a minimum, damaging, defamatory, and an invasion of her privacy.”

Kim’s reps tell TMZ … Kim has never even met or spoken with Lockett.

Nevertheless, “In Touch” is publishing the story in its new issue.  In the story, Lockett is quoted, saying, “I knew this was a game to her, and this is what she does.”  Lockett adds, “She pursued me.” 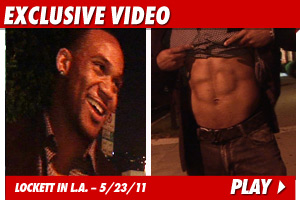 Kim’s rep tells TMZ, Kim will sue both “In Touch” and Lockett.