Rapper Ja Rule is currently inside a NY courthouse and is turning himself over to authorities to begin his two year prison sentence in New York … TMZ has learned. 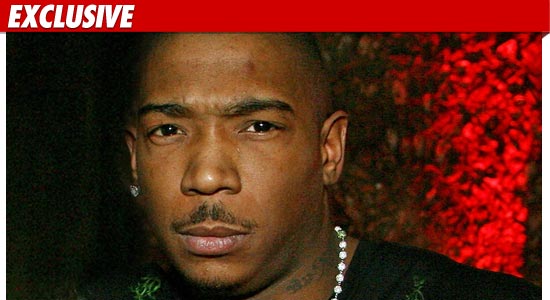 TMZ spoke with Ja’s executive producer, Seven, who was with Mr. Rule at the courthouse in NY moments ago. Seven tells us the rapper is still inside the building, waiting to be processed.

Seven tells us Ja spent some private time with his wife, close friends and family members before he was taken behind closed doors — and the last thing he said to everyone was, “Real life is a fantasy, f**k fame … I’m ready for this to get over with. I am focused.”

The rapper — real name Jeffrey Atkins — was hit with the 2-year sentence in 2010 when he pled guilty to attempted criminal possession of a weapon — stemming from a 2007 incident in which cops found a loaded semi-automatic handgun in his sports car.

We ran into Ja last week — where he told us how he planned on passing the time while in the pokey.