Ex-WWE star Batista is teaming up with MMA royalty to groom a whole new generation of face-bashers … with a brand new GYM — just months after his own pro-fighting career was abruptly cut short. 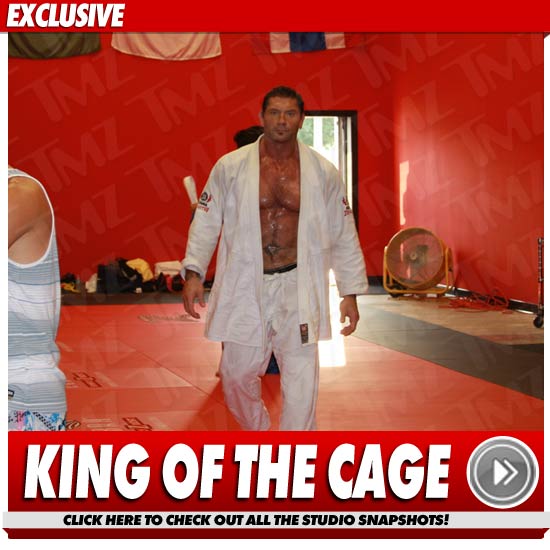 According to sources, the 6’6″ 290-pounder is in the process of opening an MMA training facility in Tampa called Gracie Fighter Jiu Jitsu — and if the name Gracie sounds familiar … it’s because the Gracie family is credited with establishing modern day MMA.

The gym is currently only open to close martial artist friends … but Batista and his partner Cesar Gracie — who trains several top fighters on the West coast — plan to open it to the public next week.

As we previously reported, Batista was all set to sign with Strikeforce before they were bought out by UFC — but once the dust settled post-takeover, Batista’s deal was dead in the water.