Someone posted a full-frontal naked photo of MMA fighter Tito Ortiz through his Twitter page moments ago … but Tito insists it was the work of a hacker. 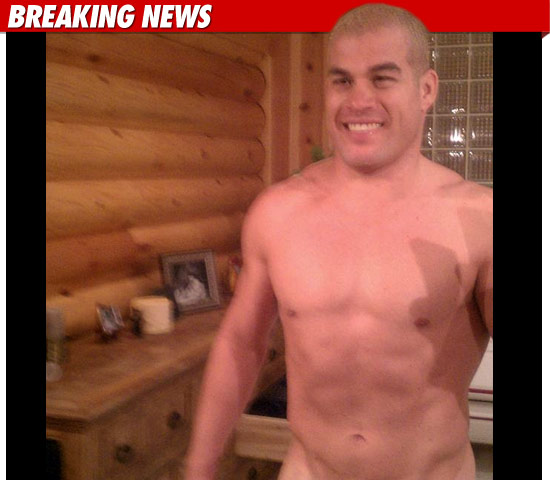 The photo surfaced just a few hours ago — when it was uploaded to Tito’s personal photo-sharing website … which is connected through his Twitter page.

The photo (seen above) appears to be a naked self-portrait shot with a cell phone. And let’s just say … there’s a reason he had to shoot from such a wide angle.

Moments ago, Tito tweeted, “Someone hack my f**king phone.”